Hello, No Award! This week is NAIDOC Week (5-12 July). NAIDOC Week’s theme this week is We all Stand on Sacred Ground: Learn, Respect and Celebrate.

NAIDOC Week is about celebrating Indigenous and Torres Strait Islander cultures. Of course we should always keep talking about the injustices against our ATSI communities, the indignities and racism and straight up fucking bullshit. But it’s also important to celebrate their history and achievements, and the way they’re still here with us. It’s important to fight injustices; it’s important to support, too. 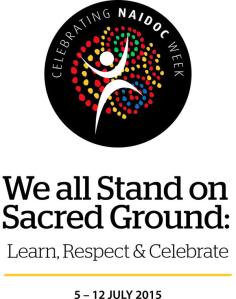 Official NAIDOC website; Calendar of events up at Victorian NAIDOC.

The State Library of Queensland has some details about Indigenous languages.

Steph is super into this interactive map about tracking the riverlands of Australia, and especially looking at Indigenous connection to Country and water.

At The Weekly Review, 5 ways to celebrate Naidoc week.

You can also track events and info on the hashtag: #Naidoc

From the Australian Journal of Linguistics, ‘Up dere la’: Final Particle la in a Queensland Aboriginal Vernacular (journal access required so not yet read by No Award but SOON).

Here is some music: ‘The Children Came Back’ for Like a Version, Briggs + Gurrumul.

No Award is SUPER INTO Goompi’s Girl shoes, and wants them (in low or no heel) as soon as possible.

The products page is not quite up yet, but friend the Facie and hope for the best! Apparently it’ll be soon.

Let’s start with something uplifting: a compilation of rallies across the world calling for No Forced Closure of Remote Communities. Yay to everyone who was able to show their support, in whatever way they could!

“People are just looking for another place to move on to because they’re just frightened.

“It makes me sad too, that’s all my family too, all moving away from their country.”

Our government is driving people from their lands, through fear, through threats, through actual humans rights abuses.

At Fieldnotes and Footnotes (and if you’re not following their twitter, you are missing out), A brief history of recent Government attacks. Withdrawing, withholding and rescinding…

No Award love museums, and yet: Reclaiming our cultural heritage.

For a brief period it seemed the Djar Djar Wurrung tribe had outmanoeuvred the two museums. The British Museum insisted that the Melbourne Museum take legal action against the Dja Dja Wurrung to lift the emergency declaration immediately. The Melbourne Museum became terrified that this reclaiming of stolen artefacts would jeopardise its future loan ability from other international museums, despite recognition in Australian law of the need to protect Aboriginal ownership of stolen cultural property. So bowing to pressure from the British Museum, the influential and well-resourced Melbourne Museum took the Dja Dja Wullung people to court, Dr Foley resigned and later the federal government rescinded the Protection Act.

Two pieces from New Matilda: NITV National News to be spiked by June; and Beyond Dot Paintings.

There is some crap going on, and it’s all important, but maybe you’re thinking about how you want to do something that’s not rallies and writing to your local member. And that’s okay! So once a week here at No Award, we’re going to showcase an Aboriginal and Torres Strait Islander thing. “Thing” is a bit inexact, but we don’t want to limit ourselves – we’re talking businesses and not for profits and designers. Things. We here at No Award still want you talking about injustices and and rallying if you can! But things are important, too. (If you can think of a good name for these posts, please let us know)

Bundarra is an Australian indigenous clothing label. Founding organisation, Indigenous Job Connections of Cairns identified a growing interest for an uniquely indigenous brand that indigenous communities Australia wide could call their own.