The Governor-General is avoiding me and I just caught Malcolm Fraser measuring the curtain rods in the Lodge.  Is this a sign from the universe that I should totally go ahead and borrow money from those totally-not-shady Middle Eastern dudes? 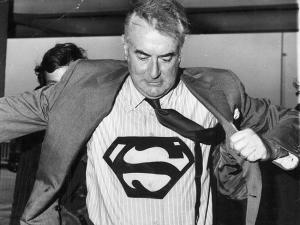 I really love swimming, but my staff think I go too often. Do they really care about my health, or are they just being ninnies?

The PM won’t return my calls and is pretending that we didn’t pinky-swear about the PMship in Kirribilli that one time. How do I make him step aside?

I have a plan for fighting the Depression, which is an excellent plan, and much better than the Melbourne Plan, which is silly because it comes from Melbourne not Sydney.  In the event that the Governor of NSW sacks me, would you recommend getting the NSW Police to fight the army?

The PM won’t return my calls and is pretending that we didn’t pinky-swear about the PMship in Kirribilli that one time. How do I make him step aside?

In the event that I’m fired, is it reasonable to spend the next few years undermining my replacement and my party, leaving it in a shambles?

There’s no possibility that history will judge my government’s policy of limiting immigration to white people, is there? 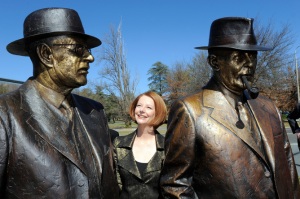 My opposition to the Japanese racial equality proposal at the Paris peace conference after WWI won’t have any lasting repercussions for Australia, will it? I’m pretty confident about this one, ngl.

Look, I just think that Hitler guy isn’t so bad.  Sure, he invaded Poland, but who needs Poland?  Nazism has its good points, though it’s all a bit too foreign and weird.  Do you think I should keep urging England to keep on appeasing Germany?

PS, I’ve been thinking about using nuclear weapons to dredge harbours. That couldn’t have any side effects, could it? Best.

Some dickhead keeps lighting lanterns on hills in Bathurst. Is there anything I can do to stop the bastard?

me Minister yet. Should I start by being a woman or calling the Opposition Leader a misogynist in parliament?

All the best, Julia

It looks like there’s going to be a war, and I’m feeling a bit neglected by HH. Thinking about hooking our great nation to that charming Roosevelt inspite of the objections of a whole lot of losers. I’m also going to introduce unpopular but socially and racially progressive politics during a time of upheaval. This can’t end badly, can it?

Someone seems to be coming along in the middle of the night and smashing up all the heritage buildings in Brisbane.  Unfortunately, the noise attracts protesters.  How many cracked skulls will shut that nonsense down?

I’m worried my legacy won’t uphold itself after I’ve gone. I’d really like to build something in my image, that really speaks to me. I love my mancave back in my house, so what about giving the state a really gigantic shed?

And here’s the thing that started it all:

Former PM Gillard has returned to the witness box, where she’s facing questions over renovations she made on her home in 1993 – allegedly funded by money from the union slush fund.

Gillard has just told the commission that she went to Queensland for a holiday, and that while she was away, her then-boyfriend Bruce Wilson “commenced with a group of friends demolishing the bathroom”.

Gillard had apparently been talking about renovating the bathroom for months. “BruceWilson obviously thought I should get on with it and created circumstances where I had to get on with it,” she said.

“By the time I came back the bathroom had been demolished so I had no option but to get the rest of the renovations done.”

To which NA respectfully replies: dump that bastard, and you too can become PM of Australia.