“This probably is a time when you can start creating things which you call your own, things which for the next 20 to 50 years you say, ‘This is Australian.’

“Here you are losing a chance and you’re spending so much money and you say that nothing is ours.”

In Australia we have the cultural cringe, the idea that we have no culture or that Australian culture is all bush and damper and diggers and jillaroos. How can we define culture? Is an emphasis on multicultural cuisine a culture?

In embarrassing Auspol shenanigans: What ‘democracy’ means in China is not what Australia’s Abbott thinks, wherein Abbott doesn’t understand what Xi says and we are all hiding our faces behind our hands; George Christensen uses Vegemite to suggest halal products are funding terrorism and sharia; another thing about G20 and Tone’s speech; Clive has implied Jacqui Lambie infiltrated PUP to blow it up? Following, Jacqui Lambie has quit PUP.

What’s Love Got To Do With It?  The excellent Carly Findlay confronts the popular and dangerous idea that chronic illness — particularly autoimmune disease — is caused by self-hatred.  Liz has multiple autoimmune diseases AND a massive ego.  Take that, dodgy unscience! 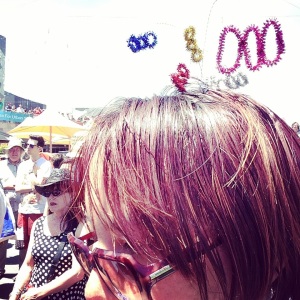 How to take down a Woman of Colour with one word, on tokenism and parochialism. By Ruby Hamad.

Trams are back in fashion. About politics and imagination.

CUTS TO OUR ABC AND SBS. MUCH OUTRAGE (legit). Track the twitter tag, people went to rallies, Sydney sang the Play School theme.