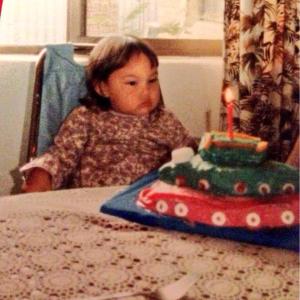 Steph was sort of raised in a multilingual household. Kind of. Sort of. Anyway it’s very complicated, and she has feelings about this beautifully written but very misleading post at The Toast: Exposure: On Raising a Bilingual Child.

So the post at The Toast is ostensibly about raising a bilingual child, but at its heart it’s about something else. It’s about relationships, and the author’s relationship with language, and also her partner, and inequality in relationships. And also, somewhat, about cultural appropriation, and an outsider perception of what it means to be Spanish (maybe, idk, I’m not Spanish, so).

And then there’s me reading into it: I didn’t grow up truly bilingual, because my father refused to assist in any way. He refused to learn any language my mother’s family spoke, despite only 1 of them (of 5) speaking English. He joked, frequently, when people asked if he learned to speak the language; “Which one?” he asked, as if the fact that he had five languages to choose from meant choosing to only speak English was okay. And so when my mother tried to raise us bilingual he was a drain, actively (maybe not intentionally) preventing us from learning.

This article was like a – something. Something gross and heavy sitting in my hati. As a multilingual adult I’ve never forgiven him for the pidgin of my youth, and the grief it has caused me.

But the author’s story is a different story, at the same time as it tugs at something similar. Children should absolutely be exposed to a variety of languages (I can, at the very least, point to my pidgin Malay and mangled Cantonese as a child, which are integral to my thinking now as an adult, and how I see the world, and how I interact with my cultural pieces). But the assumptions in this article are uncomfortable, and not in the challenging-me way. It’s not that I’ve made a judgement on what languages (white?) Americans can speak, and when and how. But the assumptions in the article sit heavy. And definitely feels like appropriation. And I have questions about the class and racial issues within it, also. 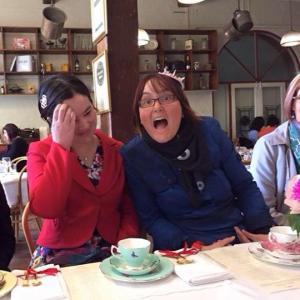 This is a segue: I worry about my language ability as my parents get older. My father has regressed as his Alzheimer’s takes its hold; he hoards his food in his mouth (we think this is related to his childhood, but he’s always been secretive of it) and taken to resentful, childish habits. The disease has exacerbated the things I always disliked most about him: a stubborn selfishness, a sullen martyr attitude, an anger over the differences that make my sister and I the children of his wife.

He doesn’t speak to me, or my mother, or my sister. On my last visit, rare as they are, I kissed him on the head as he sat in his armchair and silently read his book, “I love you. I’m not going to sit here and let you ignore me. I’ll leave you to your reading, and I’ll see you again soon.” I got up and left.

He has Alzheimer’s, but he’s not stupid. He still talks to his friends when they come to visit, and he sometimes talks to his carers. He knows who I am, at least for now.

There is a woman in my father’s secure ward who speaks only Polish. I count with her, sometimes, when she yells about the seedlings growing up through the soil. She speaks no English that I’ve encountered; that doesn’t mean she didn’t used to.

In my childhood, despite my father, I spoke a patois with its origins in Malaysia. My mother’s family history is somewhat unclear due to our legacy as undocumented immigrants, but she too has received a diagnosis for a thing that we might talk about later. For now let me just say, I will almost certainly be regressing, mentally, due to some sort of illness in my future. And maybe she will, too. And my sister also. Will I be able to communicate with my mum, if she speaks only Cantonese and Malay? (I worry my sister almost certainly will not, but we have never spoken of this. We are a family of magical thinking and, despite my best attempts to move us to a more Western thinking style, we always will be.)

My childhood experiences have shaped who I am. Of course they have. I was mocked for being brown; I am still teased for my food and my traditions. I have been teased for my words, for my slightly different English and my wildly different Cantonese, both influenced by my terrible Malay. They hurt, sometimes, even now, deep in my liver, my hati, making it hard to breathe and twisting my thoughts.

As I forget all the pain and anguish, and regress to Manglish in an Australian nursing home in our climate change dystopia, will I resent my father even more? His racism to this essential part of us, the Australian colonialism that has been a core of my life, has stunted me and shaped me.

And back to the article again. The piece at The Toast is about language; but it’s also about resentment, and relationships, and family, and the priority of one person over another. As a teen I never understood why my mother stood complicit in the way my father’s disinterest shaped our lives.

But I remember, when the Alzheimer’s was first impacting his behaviour but we still weren’t talking about it, having a discussion with her. He’d yelled at my sister for some small infraction, and I was angry at his intolerance. “You have to tolerate intolerance” mum said, the refrain of every migrant to this country. And I understood, suddenly, in my late twenties, from where we had come.

Now, we’ve committed him to a nursing home, a completely cardinal Chinese sin, and I will never ask. This is the life we’ve shaped. I don’t resent him right now, mired as I am in my guilt. But there’s still time.

Previously: a family situation of dementia

7 thoughts on “on being a bilingual child”