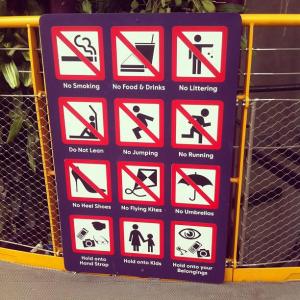 Steph’s moving on Wednesday (TOMORROW), to be Artist in Residence for three months in a city (Singapore) that’s enough like the ancestral home (Penang) to be familiar, but dissimilar enough that she’s probably going to spend the first two weeks flipping her shit. Do you want to know about what she’s up to? OF COURSE YOU DO. LIVE VICARIOUSLY. (Liz will.)

My proposal was approximately this:

I’ve worked in sustainability and climate change professionally for seven years, and the impacts of climate change, especially in our region, have become a central focus of my fiction and my nonfiction.

In my day job, I work with local communities in climate change adaptation and sustainability. This means swimming through peoples’ prejudices, peoples’ fears, and the things they are and aren’t willing to change.

And I’m from an immigrant family. My mother is Chinese-Malaysian; coming to Australia she abandoned many of her traditions because they made her seem not Australian enough – a change to her traditions due to racial and immigrant expectations.

But what are the changes to traditions we’re seeing because of climate change? Is it in the washing of feet, and the removal of shoes? Is it in our coverings, the food we eat, and the preparation of our prayers? How will my aunts be able to make laksa when the coconuts are all gone? How much of a tradition can we change before we’re rebuilding ourselves as much as the world around us?

So I want to write narrative nonfiction, or: a research memoir about being 34 and South-East Asian and traditional and non-traditional and worried about the future and being mired in a community that is full of contrasts and conflicts. And then I want to bring that info back to Australia, and translate it into my daily work: the daily work that assumes a constant average of WASPs when the reality is that it simply isn’t true.

I’ve run workshops and things, focusing on capacity building, especially around sustainability and climate change. I’m hoping to use my three months to facilitate workshops, connect with the community on climate change and its potential impacts on a community, and develop skills capacity around areas of need in the community. Climate change adaptation is a super under-focused area in South East Asia, especially in Singapore. I hope to connect with local activists, artists, scientists, street vendors and others.

(In my proposal, I said: as I have fluency in Mandarin and adequacy in Malay, as well as experience living and working in South East Asian communities, I believe we could benefit from a mutual exchange. And this is true! But the area I’ll be living in is more Cantonese-speaking than Mandarin-speaking; my mother thinks this is hilarious, that I’ve neglected the family patois to study Mandarin, and am now scrambling to get my seven bloody tones right. Her laughter last week when I said cha1 (fork) instead of cha4 (tea) was raucous. )

After returning to Australia, I plan to continue with outcomes of this project to continue to inspire people to sympathy, empathy and hope around climate change, climate change refugees, and community across the Asia-Pacific region which cuddles Australia close. (I actually used the world cuddle in my formal proposal, btw) I hope to do this through my fiction and nonfiction works, and through interactive means such as workshops and festivals.

How I got here:

This is my FIRST EVER ARTS GRANT. I didn’t think I’d get it, not because I’m not amazing (I’m totally amazing), but because it’s my first ever application, too, and I was content with the idea of not getting it for 2016. If you would like to receive a grant to go do art in somewhere in Asia, you should ONE HUNDRED PERCENT apply for an Asialink Arts grant, highly recommend. You need three years minimum of public history, and a project proposal. Applications for 2017 close September 30 and you should do it. 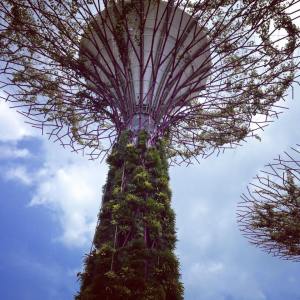 EVERYTHING. I’m going to spend hours gazing at the sky tree and sussing out how the cloud mountain works. I’m going to learn about the greening legislation. I’m going to sit in a room and write things. I want to go to KL and visit Rimbun Dahan, with its exciting design principles. I’m going to run workshops (hopefully), so I can reach people but also put that shit on my resume when I come back to Melbourne. I’m going to CELEBRATE MOON FESTIVAL, only the BEST FESTIVAL OF THE YEAR.

If you’d like to live vicariously in Singapore, you can do that by following my travel blog, Song of the Travelling Penguin.

No Award will see longer, professional updates, but tumblr is where random anecdotes and photos go.

We are pretty sure I’ll still be on a regular posting schedule for No Award. If I can’t maintain it, we’ll let you know, and you’ll just have to suffer with Liz.

6 thoughts on “No Award goes to Singapore”