THE Hon. Dr PETER PHELPS [10.47 p.m.]: On behalf of the New South Wales Parliament I welcome welcome the Sydney Opera House seal to Sydney Harbour and look forward to its continued presence over many years to come. Should it ever need a criminal lawyer I strongly recommend Andrew Tiedt.

Question-That this House do now adjourn-put and resolved in the affirmative. 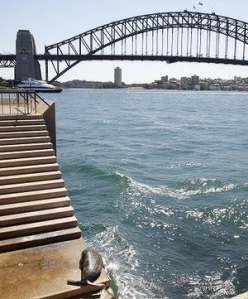 A three year old New Zealand fur seal has been hanging out on the steps of the Sydney Opera House for a few weeks. When it first arrived the New South Welsh police were called (because Sydney, I guess), but it was officially welcomed by the New South Wales Parliament yesterday and also recommended to a criminal lawyer.

This is clearly a misleading recommendation as, if anything, the seal will require a migration agent. However given the current state of Australia’s immigration climate, the recommendation of a criminal lawyer may not be completely remiss.

Further complicating matters, and in long-standing tradition, Australia has already claimed the New Zealand seal for itself, naming it the Sydney Opera House Seal despite it clearly being a Kiwi. We expect the seal will be lounging around and claiming the dole shortly.