Important shark radar: OCEARCH, tracking international sharks. And a Western Australian shark tracker: Shark Smart.  Please note that the WA State Government engages in disgusting anti-shark behaviour, and No Award’s linking to the Shark Smart site is only so you can gaze respectfully and lovingly at the sharks in Western Australian waters.

There’s sharks in Monday’s First Dog on the Moon, and it’s a good reminder that even sharks can be right-wing.

Williams was minding his own business at Jeffreys Bay off the coast of South African, when a chance encounter with professional surfer and full-time Aussie Mick Fanning left him facing a series of potentially lethal blows.

Which is the shark news reporting on this incident reported Monday morning.

If you’re interested in getting angry about our anti-shark Australian media, the shark tag at Our ABC is worth the occasional visit.

And a reminder that if you want to get angry about a misuse of meteorology and sharks at the same time, Sharknado 3 is coming. No Award will not deign to link to it, but  might get drunk and watch it. 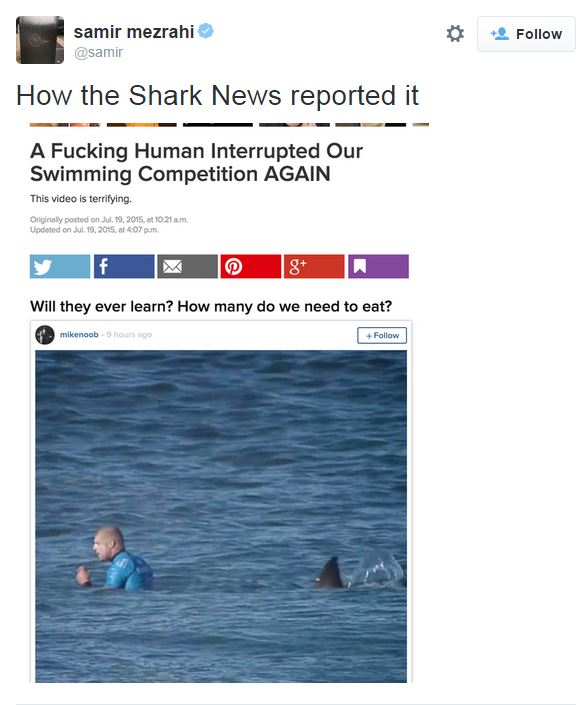 Why does No Award like sharks so much? They eat both penguins and cephalopods. But we can all live in awesomeness, I guess.

One thought on “surfer went for a nom”