Steph is probably going to commit some sort of thought crime, right now:

The series producer, Michael Boughen, who also worked on the film adaptation discussed the powerful connection audiences feel to the well-loved story.

“Tomorrow When the War Began has connected to so many Australians since the book was first published in 1993,” he said.

Tomorrow, When the War Began, one of Stephanie’s LEAST FAVOURITE EVER Australian YA books, is apparently going to become a tv series!

(It is not Liz’s least favourite anything because she got a few chapters into the first book when she was 13, then stopped reading because it was awful.  But ask her about that time she had to read So Much To Tell You in year 9 and it was incredibly triggery!)

There was a movie adaptation as recently as 2010! But this is not your usual ‘nerdy existential you’ll ruin it’ despair. OH NO. This is ‘this book series was written to capitulate on the fear of the Yellow Peril and to turn it into a tv series is to make a tv series based on the premise that Australia is at risk of the invading Asian hordes to the North, why, why must you do this to me’ kind of despair.

No Award, Steph hates the Tomorrow series. She has written about it previously with links and rants. You don’t need to read her go on about it again. (If Tomorrow When the War Began has connected with many Australians, what does that even mean?!!!!) Instead, No Award brings you:

Let’s consult with Tiny Mood Stephanie on the topic: 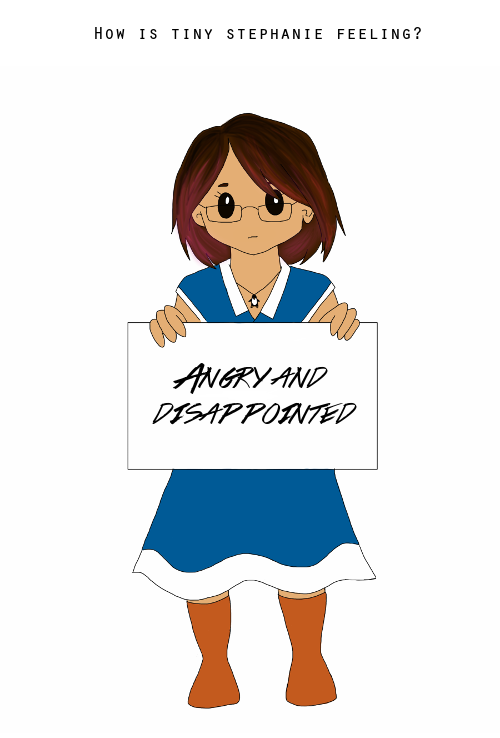