Chapters 6 and 7 make a good pair, so I’m just doing 5 this week — in which Daphne’s less personable side makes an appearance.

Although it’s autumn, the weather is warm enough to permit the girls to swim and play tennis if they want to, as well as the winter sport of lacrosse.

ry: for many years, the only time I ever heard of anyone playing lacrosse was in girls boarding school novels, so I was genuinely amazed to discover that it’s a major men’s college sport in the USA.

She admired the girl’s prettiness and her charming ways, and loved to hear the stories of her wealthy home.

Daphne and Gwen are bonded by their dislike of swimming. And, as much as I love swimming — well, being immersed in water, anyway — I have to say that the Cornish coast in autumn is not my idea of a great time or place to take a swim.

As a fellow sports-hater, it still bugs me that Blyton equates “dislikes sport” with “weak character”, and I deliberately put a handful of unenthusiastic, unsporty characters in the boarding school novel I’m supposed to be polishing right now.

Gwen knows perfectly well why her classmates want to get her in the water:

“All you want me for is to creep behind me and push me in!”

“No – we want Belinda to see you shivering in your bathing suit, putting one toe gingerly in the water!” said Alicia. “It would make such a comical picture for our classroom wall, Gwendoline!”

Either way, that would have constituted bullying even in the olden days when I was at school. I can’t imagine a teacher letting such a picture be displayed in her classroom — on the other hand, I can’t imagine a world where students are allowed to swim without adult supervision, either.

“I wish I had been born French,” Gwen declares. “Then I shouldn’t have had to swim if I didn’t want to, or tire myself out trying to hit a silly ball over a net.”

A recurring feature in Blyton’s novels is the firm conviction that sports don’t exist in France. In fact, France has a long-established sporting culture — but, as far as I can tell, it never embraced the Muscular Christianity that lurks behind Blyton’s sporting prejudices. France, for Blyton, stands for The Other, mysterious foreign parts where girls are raised to be charming and feminine, but not particularly honest or honourable (until, that is, they’ve learned better at a Proper English School).

Daphne has three tennis courts at home, because her mother is “a marvellous hostess” who gives “tennis parties as well as other kinds”.

“But, of course, the ones people really love are the ones she gives on board Daddy’s yacht.”

Perhaps Daphne would invite her to stay one summer holiday and then she too could go on this wonderful yacht. How pleased her mother would be to know she had made such a fine friend at last!

It’s rather sad to realise that pleasing her mother is part of Gwen’s motivation in sucking up to the wealthy and beautiful, and that that is what impresses her mother.

Don’t worry, Gwen won’t be sympathetic for more than a paragraph:

“You must have hated coming away to school, Daphne. Leaving all your luxury and having to pig it here. I don’t expect you ever made your bed in your life before you came here!”

I was pretty mad that my parents had me washing the dishes as soon as I was tall enough, but in their defence, it turned out to be a valuable skill. As is making my bed, even though I still do so as rarely as possible.

Gwen had a governess — the much put-upon MIss Winter — to take care of her chores. “She still does in the holidays. She’s a stupid old thing but she’s useful in those ways.”

On the other hand…

“She wasn’t much good at teaching me, though. I was awfully backward when I first came here.”

Me: Gwen, I’m pretty sure you’re still behind your classmates.

Instead of getting down to things and trying to work really hard all the term to catch up with the others, she made a great show and did very little. Her parents were almost resigned to the fact that her reports always contained the words, “Fair. Could work harder.” “Weak. Does not use her brains enough.” “Poor – has not tried her best.”

In Gwen’s defence, study is a skill she didn’t learn at home. But I can’t imagine that Miss Potts didn’t try to teach her.

On the other hand…

Her father made plenty of cutting remarks about her reports, but as her mother always sympathised with Gwendoline, and spoiled her, his remarks did no good at all, except to make Gwendoline cross. Then she would burst into tears and it would be all that Miss Winter and her mother could do to comfort her. Gwendoline knew how to turn on her tears all right.

So basically, Gwendoline is trapped in her parents’ dysfunctional marriage, where she’s learnt that passive aggression and playing the victim is the way to get what she wants, because that’s what her mother does — because her father isn’t interested in communicating except by cutting remarks (and is openly contemptuous of her mother).

…Gwen is Kitty Bennet. I see it now.

While Gwen manipulates through tears, Daphne uses her good looks and pretty smile to get around the teachers. This is quite effective with the art and singing teachers, but especially effective with Mam’zelle Dupont, who is so overcome by Poor Brave Daphne Who Is Trying So Hard that she makes the kindest offer of all:

ALAS, Daphne is already having extra lessons (she says).

“Do not make me do all this French work again, please, Mam’zelle,” she would say. “I have so much to do to catch up with the others my first time.

And, no matter who had their French exercises to do all over again, Daphne never did. She could do anything with Mam’zelle, if only she exerted her charm and put on that ravishing smile!

If I ever get my hands on a Time Turner, I’m going to nip back and politely ask Enid Blyton to consider contractions. And also to write a novel where St Clare’s and Malory Towers have to JOIN FORCES to FIGHT ALIENS. But mostly I’m there for the contractions.

To maintain balance in the universe, Mam’zelle Rougier hates Daphne every bit as Mam’zelle Dupont likes her. Luckily for Daphne, Gwen’s not the only classmate who has a crush on her:

Mary-Lou thought Daphne was lovely. She couldn’t help gazing and gazing at her. She would never, never like her as much as she liked Darrell and Sally, of course, but she couldn’t help warming to her prettiness and nice manners.

And Mary-Lou, it turns out, is good at French, “for her mother had had a French girl to look after her in the holidays for the past year, and Mary-Lou could chatter almost as well in French now as she could in English, pleasing both Mam’zelles immensely.”

In fact, Mary-Lou’s help looks an awful lot like Mary-Lou doing all the work, but Daphne’s quite okay with that.

She gazed at Daphne’s curling golden hair. “You’ve got beautiful hair,” she said. 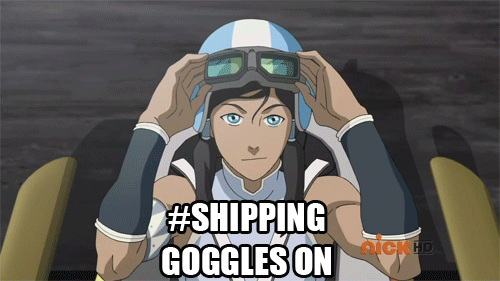 Daphne asks Mary-Lou for regular tutoring, and Mary-Lou is delighted, because she has low self-esteem and thinks she’s always the one begging others for help, even though there isn’t the slightest hint of evidence for this.

Darrell and Gwen ironically have the same reaction to this development: jealousy.

[Darrell] didn’t like to see the faithful Mary-Lou sitting so long with somebody else. Why, Mary-Lou had tagged along behind Darrell and Sally for terms and terms! Surely she wasn’t going to make that awful Daphne her friend.

Wow, that doesn’t reflect well on Darrell at all. Luckily, Sally offers some common sense: extra coaching from the Mam’zelles is always terrible, and rather than Mary-Lou picking up “silly” ideas from Daphne, “Maybe Mary-Lou will put a few sensible ideas into Daphne’s head.”

(Sally is taking her own advice — she’s aware that Alicia’s still mad about not being named head girl, and is treating her coldly, but she’s not saying or doing anything yet.)

Gwen is similarly irate about Mary-Lou stealing Daphne — but Daphne has a Scheme:

“You needn’t worry,” said Daphne to Gwen. “I’m only using her, silly little thing! I’ll let her come out with me sometimes, when you’re busy, because I don’t want her to think I only want her help for my French.”

So Gwendoline put up with Mary-Lou’s company at times, and even said nothing when she went off alone with Daphne. What did it matter? Daphne was only using her!

Imagine your OTP, as the kids on Tumblr say. Although I blacklisted that phrase, because my main OTP is middle-aged and grumpy and too damn old for adolescent shenanigans.

But. Imagine your OTP. Your faves could never.